FEATURE A Symphony of Images Across his lyrical compositions of images, Paul Cupido uses black and white photography as a deeply personal, emotive language to explore the infinite possibilities of our natural surroundings.

For many photographers, working in black and white is a gesture that harks back to their first encounter with their craft. It’s where we learn the ‘basics’—the fundamentals, the grammar of this language—so that later we might find our own voice elsewhere. Whether we choose to listen to them or not, it’s an art form with a set of rules that err on the side of precision. For others, working in this art form speaks to a different view of fundamentals; one that reaches beyond technique and proficiency into murkier philosophical depths. It’s where we seek the essence of whatever we are looking at, encounter the unknown and figure out some kind of relationship with it. It can become a profound and mature language in and of itself; one that wrangles with the mystery of the world around us.

Or perhaps it can be both. In Paul Cupido’s case, the two meet and sometimes mingle. The Dutch artist knows his craft, each of his beautiful prints shaped by layers of care and consideration and a sensitivity to material that comes from years of exploration. He is also devoted to the unknown, the beauty of imprecision and the Japanese philosophy of ‘Mu’; a state of emptiness, a void and thus endless possibility. Through his committed and experimental interactions with his craft, he has reimagined the black and white medium into a personal and fluid language that can speak of being in the depths of the moment rather than ‘decisively’ capturing its surface.

Cupido’s journey in photography has many twists and turns. He came to the art form after deciding to end a successful career as a sound composer, the initial love he felt for the medium gradually worn down by the speed and demands of the industry. One day, he stumbled upon a sense of “being in the moment” whilst in the forest with just a camera in his hands, prompting his first steps in photography. The biggest fork in the path was a period of time spent in Tokyo under the mentorship of Antoine d’Agata.

Dedicated to the ethos of “making the photographer not a photographer,” d’Agata swept the precise, highly-staged studio work Cupido had been making at photo school in Amsterdam off the table and sent him into the unknown landscape of the night. With these “empty” images out of the way, just one picture from the past survived—a snapshot, quickly taken yet full of emotion; an enigmatic portrait of Joyce, the mother of the photographer’s son, looking out to the sea, her back to the camera, her body adorned with star-like specks of light.

This trip was a shock, an exercise in letting go that marked the beginning of what Cupido describes as a “pilgrimage.” Over multiple journeys, he visited Japan to learn more about the culture, philosophy and aesthetics that would come to feed into his approach to photography. Fascinated by the traditional two-dimensional mode of image-making, he sought out different workshops to learn a variety of techniques from woodblock printing and photographic etching to paper making as well as studying photography in Tokyo. On these travels he would also work on cultivating a relationship between his internal emotions and the external natural world.

Moons, mountains, leaves, clouds, water—and the human body in relation to the nature surrounding it—surfaced in his quiet images. The cycles of life and rhythms of nature that govern Cupido’s practice are rooted in his past as much as they are in the journeys that shaped his adult life. The photographer was born on Terschelling, an island in the Northern Netherlands, and he grew up with the ebb and flow of the sea visible from his childhood bedroom. This innate act of tuning into his surroundings now forms the core of his photographic process, which involves gradually shedding thought and working from intuition.

It always begins with bringing this approach into contact with a specific place which will provide inspiration, rich with potential metaphor and ephemeral moments. “What’s interesting about the éphèmére is that although it’s a fleeting moment, it has a lasting effect,” Cupido muses. “Falling in love is temporary, but it will stay in your body forever. A wave makes a mark in the sand or in the stone, and is gone, but the mark stays there even though it’s washed over by the next wave. A microscopic rip engraved in time.”

The way Cupido then collects and treats these moments is playful and hybrid, darting between different cameras, printing digital using analog processes and vice versa. “Technically the images I have taken aren’t very good, but I don’t care as long as there is emotion,” he says of his approach. It is during the second leg of the journey in the atelier that they transfigure, when he re-enters the images, he has taken through a very precise printing process, contemplates them, and eventually brings them into conversation with each other.

Teasing out the movement and depth that can be found within black and white, Cupido’s images simmer with endless possibilities. It’s not hard to trace a musical way of thinking across his lyrical compositions of images, whether they end up in exhibition spaces or photobooks. From the stripped-back language of monochrome, he builds feeling and sensation through different tonalities, sometimes adding a faint wash of color to give the print a subtle hue. Elsewhere the gesture is more bold, like printing black and white onto a sharp color paper to inject a vivid staccato into the mix. When composed into a sequence, the outcome is symphonic; in the photographer’s own words, the images become “notes,” his small, delicate prints once in a while punctuated by a large one, coming together in harmony.

For Cupido, the form, structure and content of these compositions come from listening to “what the works want to be.” His book Searching for Mu, made early on in his practice, invites readers on a rambling quest through the photographer’s time spent in Japan, a journey far out of his familiar surroundings unfolding between its pages. Compiled during the lockdowns of 2020, the book 4 a.m. represents another point in the photographer’s life weaving his experiences in Japan closer to home, sequenced around a repetitive gesture of walking and working before dawn.

Treating 4am as a location in time that extends across different spaces, the sequence of images was born from a poem by Matsuo Bashō, a haiku that in Cupido’s words “makes you think forever.” Set in the liminal space of late night/early morning, the book takes us down winding paths illuminated by the moon, quiet, monochrome landscapes punctured by a scattering of dreamlike shocks of color.

In his latest exhibition Remembering You, a ginkgo leaf sent by a friend in Japan to The Netherlands by post becomes the seed for a new ritual revolving around memory, loss and presence. A topographical series of ginkgo leaves, of which he has photographed over 200, each one taken as an act of remembrance with a different friend in mind, sits amidst a selection of fleeting moments from the archive, memorialized in delicate prints; figures submerged in landscapes, faces fusing with plants—and once again the moon. This particular symphony of images is complex, textured with moments of melancholy, calm and infinite splendor. 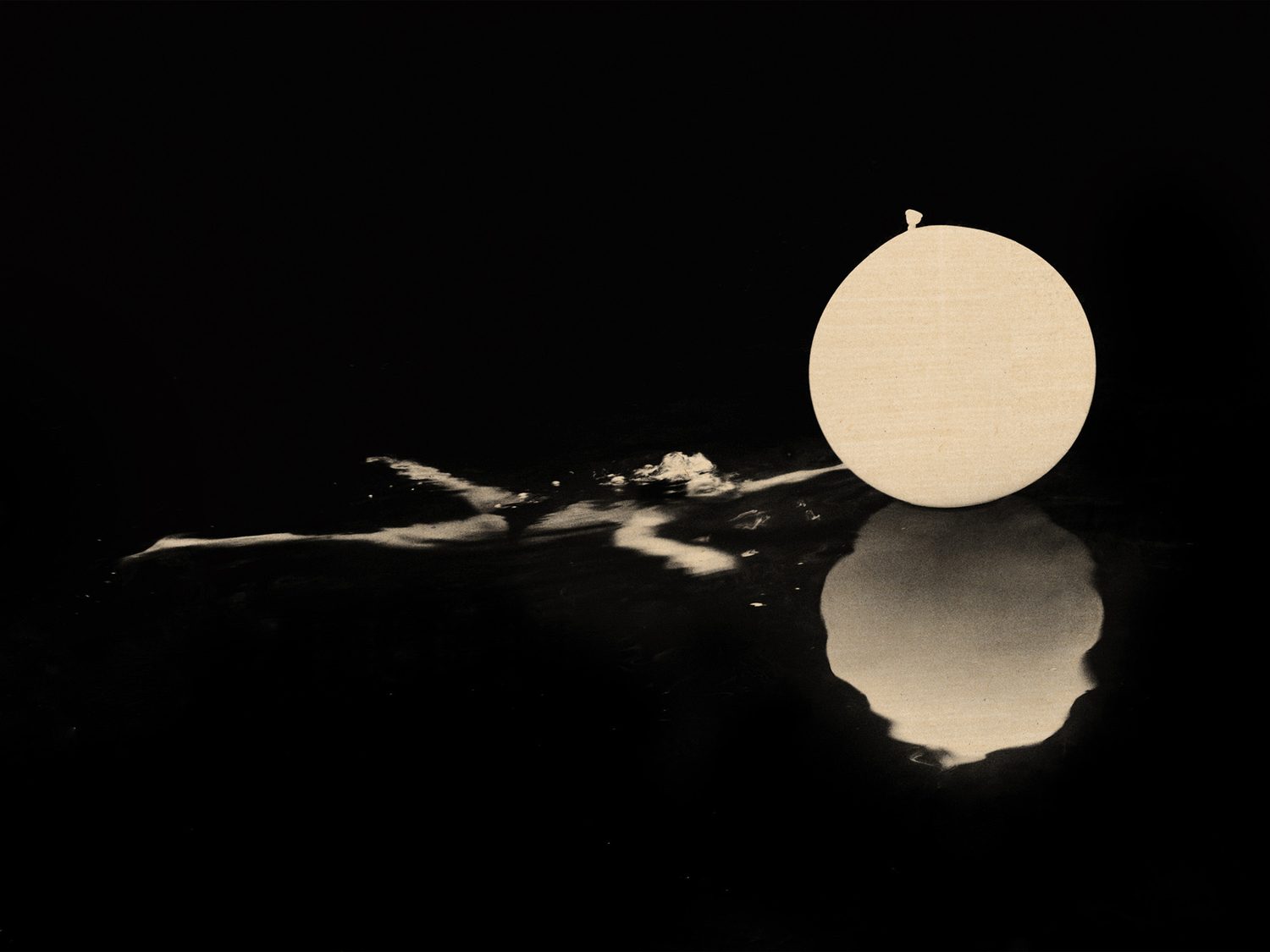